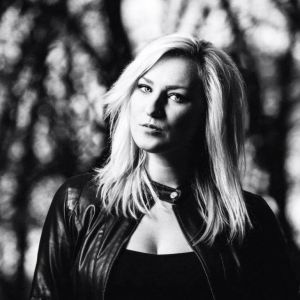 "By Far, the BEST Country Singer we have ever heard on this show." – Adam Levine (Lead Singer of Maroon 5)

"The Best Country Performance we have ever had on the show." – Cee Lo Green

Gracia Harrison's stage program is an "in your face" rocking country deeply rooted in tradition that will leave your audiences begging for more.  Gracia hails from a small town in Illinois, and she has been singing since she was four years old - even using her grandmother's fireplace as a make-shift stage. She cities Kellie Pickler as a major musical inspiration, both in her story and her music.

A country girl through and through, Gracia wants to bring back the traditional country sound she grew up listening to.

America first fell in love with Gracia Harrison when she yodeled her way onto season three of NBC's The Voice. However, Harrison had long since established an accomplished resume. Preceding her television debut appearance on the nationally-acclaimed show, she had already shared the stage with Luke Bryan, Daryle Singletary and Trace Atkins, as well as meeting Miley Cyrus and Jimmy Fallon.